The so called “Driver’s Inc” business model continues to be scrutinized by both industry lobbies and regulators. While quasi legal, navigating the Driver’s Inc landscape remains an ethical and legal minefield.

Recent articles have shown that the WSIB has begun the battle against this controversial industry practice by issuing penalties to those who improperly classify employees as independent contractors. The federal government, namely, Employment Services Development Canada (“ESDC”) appears to be making moves to collect unpaid CPP & EI premiums. Lobby groups including the CTA and OTA have lauded the efforts, claiming the practice is illegal, anti-competitive and results in an unequal playing field.

There is a long history of Canadian jurisprudence defining contract for service vs. contract of service; the latter being a typical employer-employee relationship. The Driver’s Inc. employment practice is multi-layered and complex space involving taxation, employment & workers compensation law. Further complicating matters, each department has their own rules to follow; often, for good reason.

To achieve each department’s ends, the rules are seemingly in conflict. Taxation rules allow for each person to arrange their affairs to minimize taxation impacts, a good thing. Whereas a similar mindset adopted while compensating workers for injuries sustained on the job would produce absurd results.  Further to this line of thinking, someone who legitimately experiences a lapse in their employment, should be entitled to support. Finally, most of us have retirement goals, while OAS isn’t much, it certainly is better than nothing and is incorporated into most financial plans. While the first benefit looks great at first blush, the loss of the last three do not seem very appealing.

From a workers compensation standpoint, officers and directors of corporations have difficulty obtaining government coverage; causing drivers working under this model to seek coverage in the private sector or accept the risk of being injured and having no coverage. The standard for determining whether the driver is working under a contract for or of service is different based on respective departmental goals, however, there are similar principles which apply:

The controversy begins and ends when drivers under this arrangement simply incorporate, jump in the truck (owned by the carrier) and begin performing services for the carrier akin to those of employees. This arrangement, while legal tax wise may cause trouble down the road for both carriers & drivers. Reason being the above-described arrangement does not pass the proverbial ‘sniff test.’ Carriers can be penalized for failure to remit payroll deductions such as CPP/EI and compensation premiums such as WSIB. The drivers may suffer tax consequences in the form of the dreaded CRA classification “Personal Services Business.” Having a driver’s corporation classified as PSB has serious tax consequences including the denial of all business-related deductions except for the salary paid, furthermore the corporation would no longer qualify for the small business deduction, enter penalties and interest… not a fun situation.

There are, however, more legal, and ethically viable options if you wish to pursue this employment arrangement. Arrangements that have successfully passed the sniff test include a detailed written contract outlining the responsibilities of each party, the ability for the driver to set their own schedule, the purchase of tools of the job made by the driver, paying for their own compensation coverage etc. Basically, the more proof you have of a contract for service, the more legally defensible the arrangement; please review the basic principles outlined previously and seek professional advice.

Lobby groups such as the CTA, OTA and their membership have raised the legitimate argument that the Driver’s Inc. practice is anti-competitive and puts drivers at risk of financial turmoil. While I tend to agree with the CTA & OTA’s position and believe that we should employ and cover all our drivers under WSIB, EI & CPP, the practice is not completely illegal. To enable success under this model drivers should be fully informed, understand the risk-reward relationship of this arrangement and be allowed to seek the advice of a professional. I remain reluctant to believe that a driver, fully informed, would agree to a Driver’s Inc. arrangement. I honestly believe that some drivers fail to appreciate their role and must ask some fundamental questions about their financial affairs. Is the tax reduction worth the PSB risk? Does the average driver these days have the time to speak with their advisors? Do the costs of these advisors negate the tax reduction? Unfortunately, I do not think that the average driver asks these basic questions and have fallen victim to a sales pitch.

While there can be tax benefits to the driver under a properly structured Drivers Inc. arrangement, I personally do not see them outweighing the risks and costs of legally structuring their affairs. I believe that the benefits of this arrangement strongly favour the carrier offering the proposition given the benefits of lowered payroll costs. The driver, however, still bears the risk of CRA scrutinizing their affairs, legal and administrative costs of structuring the arrangement properly. What are the opportunities for growth? Well, at a driver level, likely limited and no more than the average person who wishes to invest in the industry.

As I have said in the past to my students, my recommendation to any driver is: you need a truck to do business, if you do not own one, you aren’t doing business! Do not be fooled by the attractive sales pitch of ‘lower taxes.’ 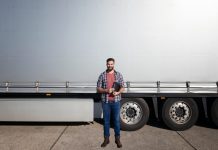 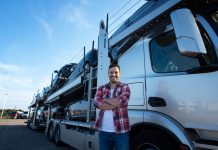 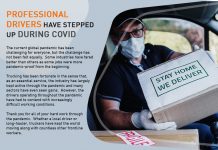 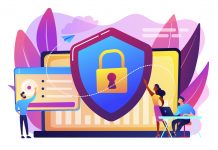 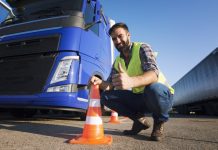