First, it was, put an end to the vaccine mandates. Now it wants to overthrow the recently elected government out of power. Today in an Ottawa news Conference Freedom 2022 Convoy  spokesperson Tom Marazzo, said Justin Trudeau “has a .22 caliber mind in a .357 world.” He said he will sit down with a coalition formed by all other parties, including the Governor-General, to form a new Government in Canada.

A .22 caliber mind in a .357 world is a phrase stolen directly from the US TV show West Wing. Apparently U.S. politics and T.V. drama has come to Canada.

The Freedom Convoy power group wants opposition leaders to join together and throw Prime Minister Trudeau and his elected government out of office. They want to sit with the Governor-General and see the Liberals replaced.

Many are now wondering just where was the Freedom 2022 Convoy box on their voting ballot in the September Federal Election, which re-elected the Trudeau government, albeit to a minority coalition.

Perhaps the Freedom 2022 Convoy has their own mandate, taking control of who is running the government. They came into Ottawa with a wish to eradicate vaccine mandates. Now they want to change the government. Quite the leap in just one week.

We are all tired and fed up with vaccines and lockdowns. However, this divisionism is not what we signed on for.

A poll today by Leger pollsters says 62% of Canadians oppose the convoy, and 32% support or somewhat support the convoy. Polling also revealed that popularity to remove all vaccine mandates was rising rapidly.

Meanwhile, since the “Freedom” Convoy rolled into Ottawa, 1400 Canadians have died from COVID-19.

The Freedom 2022 Convoy has its foot pressed down hard on the accelerator. But is freedom their mandate, or is it something they want to remove? Where are they trying to drive our nation? 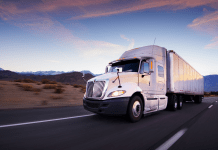