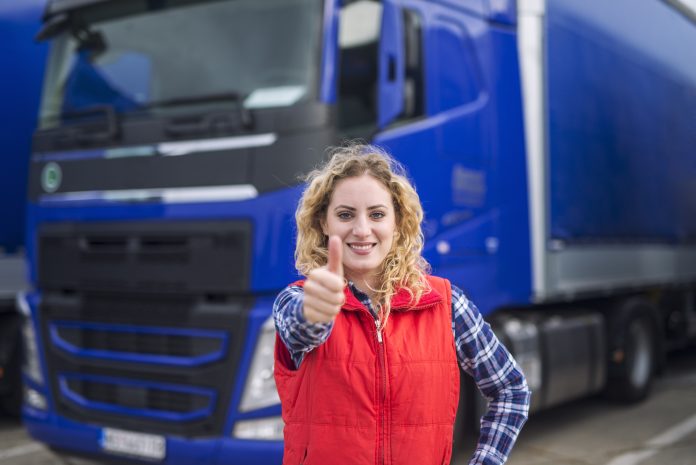 March is Women’s History Month and the Women In Trucking Association was formed in March of 2007.  Now, fourteen years later, how have we advanced our mission to “encourage the employment of women in the trucking industry, address obstacles, and promote accomplishments?”

The first question we are usually asked by the media or potential members is in regard to the percentage of women employed in the trucking industry.  After all, according to W. Edwards Deming, a statistician and quality control expert, You can’t manage what you can’t measure.”

If you look at the Department of Labor data regarding labor force statistics, they currently show the number of professional “Driver/sales workers and truck drivers” as 3,364.000 in the United States.  Of those 7.8 percent are women, which means there are 262,392 female drivers.

However, the department of labor description (code 53-3031) includes those who “drive a truck over an established route or within an established territory and sells or delivers goods, such as food products, including restaurant take out items, or pick up or delivery services such as laundry.” The description also states they may take orders, collect payments or stock deliveries.

However, when you think of the trucking industry, we aren’t really thinking about those straight trucks pulling into grocery stores to stock chips on the shelves, or laundry services dropping off your freshly dry-cleaned clothing. This description doesn’t seem to be about over the road or long-haul professional drivers.

For that reason, the board of directors at the Women In Trucking Association determined that we need to know if we are making a difference in this industry.  So, we decided to create our own WIT Index.

First, we paired with the National Transportation Institute (NTI) which graciously added a question to their quarterly wage surveys.  They asked carriers for the percentage of female over the road drivers.  Surprisingly, many of the carriers had not determined this number and did not know their male to female ratio.

For those who responded to the NTI survey, the average percentage of over the road drivers who are female was 7.13 percent in 2017 and increased to 7.89 percent in 2018.  The needle was moving slightly, and the number of respondents was increasing.

In 2019 we partnered with Freightwaves to conduct a survey to determine the industry’s participation of women as technicians, safety directors, managers and professional drivers.  They received 884 responses from both for0hire and private carriers, logistics companies, and freight tech firms.

Overall, the respondents reported that women make up ten percent of all over the road drivers.  We also learned that only four percent of diesel technicians are women and that about 38 percent of fleet safety professionals are women.

What about the leadership teams?  In the Unites States, women currently comprise 7.4 percent of all CEOs in Fortune 500 companies and about 26 percent of all board seats, despite recent legislation to establish diversity quotas.

The Freightwaves survey found that female executives in trucking make up 36 percent of the leadership in transportation and just over 45 percent of non-executive employees.

Each year we also examine the publicly traded trucking companies by partnering with Memphis University to conduct the research.  In 2020, of the fourteen publicly traded carriers women comprised 22 percent of the board director seats, but only nine percent of the leadership executives.  (One carrier has no women serving on their board of directors and seven carriers have no female executives.)

What have we learned from monitoring this data?  It reinforces the mission of Women In Trucking Association to encourage the employment of women in the transportation industry and to address obstacles (such as unconscious bias in hiring and promoting) and to celebrate the successes of the women who have become visible and influential.

Now that we can monitor the data, our goal is to see the numbers increase in all areas.  Our intent is to make the trucking industry a more diverse and inclusive environment.  We ask that you support our efforts by joining us (www.WomenInTrucking.org) as we create this positive change.

Saving Fuel, a Must for Trucking Companies

Driver Inc. Scheme; Do It Right and Safeguard the Rights of Truckers

Trucking Industry Accredited for Moving Freight Worth $ 34.1 Billion between U.S. and Canada

The Benefits of Empowering Your Workforce

Concerned over the Constant Decline in Class 8 Truck Orders, Industry...

Saving Fuel, a Must for Trucking Companies

The Trucking Network Inc. 2985 Drew Road Mississauga, ON L4T 0A7

You can find out more about which cookies we are using or switch them off in settings.

The Benefits of Empowering Your Workforce

This website uses cookies so that we can provide you with the best user experience possible. Cookie information is stored in your browser and performs functions such as recognising you when you return to our website and helping our team to understand which sections of the website you find most interesting and useful.

Strictly Necessary Cookie should be enabled at all times so that we can save your preferences for cookie settings.

If you disable this cookie, we will not be able to save your preferences. This means that every time you visit this website you will need to enable or disable cookies again.